I know it has been a while since I have been around. I have been doing some hard faith work. This past year I would have to say has been one of my most testing years. But with Jesus I am making imperfect progress. I think I have even been embarrassed to blog about things because it's just been so hard. I thought I should be stronger. What would people think of me if they knew the struggle? But my husband reminded me of something the other day. He said "Who do you most connect with or get the most from? And its from the real and vulnerable people in life who risk sharing their struggles. 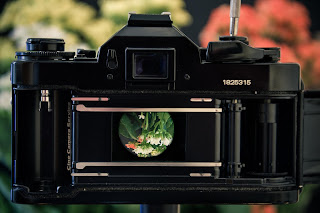 So once again I chose to uncover my struggle process. Honestly I've felt so broken that my faith has felt broken. Pastor Furtick has been talking about Functional Faith the past two weeks at church and its been really encouraging and eye opening.

I get tripped up time and time again on outcome rather than my outlook. How things turn out or have turned out is what I have based the strength or success of my faith on. Pastor reminded me that faith won't always change the outcome but it can change my outlook. He also said that doubt isn't the opposite of faith but rather it is certainty and having it all figured out. This is like sandpaper against my emotions and personality. I want to have it all figured out when it comes to life. But this makes faith really self serving. And pastor reminded me that the objective of faith isn't my preferences but it is for something beyond me.

I have some life situations right now where my focus has been almost entirely framed on the frustration, rather than God's faithfulness and I have been so paralyzed from moving on from the frustration because of it.

Truthfully I don't know why certain situations turned out in my life the way that they have but I tell you today that I will no longer believe that because my preference wasn't the outcome that my faith didn't work. And I am asking God to help me fixate on his faithfulness. That my frame of mind will be locked in on that.

It's not easy. Progress always comes with the hiss of opposition doesn't it? But my faith is going to follow my focus and I want freedom and victory from all the hurt and frustration. So I must hush that nasty hiss. I must reframe!

Email ThisBlogThis!Share to TwitterShare to FacebookShare to Pinterest
Posted by Michelle at 2:03 PM