When I think about that I am blown away. I honestly thought in my head when we started with the country of Guatemala that it would be 9 months to a year and done. After we had finished our home study and turned our dossier in, I began to feel like we would not just bring 1 brown baby girl home but that there would be 2. I even had dreams about it. Noah also, without knowing my thoughts or dreams,  had dreams that we would bring 2 girls home. When I told Eric about it , He just said "well if that's the case then God is going to have to do miracles because I don't even know how we are going to afford bringing 1 girl home."

I can still remember the deep pain and frustration when the country closed. I felt like a fool. I questioned how did I miss God? I thought I was doing what he wanted me to do and then the country was closed. Our money was gone and we were drowning in debt. There was no financial way possible to move on with international adoption so we started investigating private domestic adoption and quickly realized, that it too, was financially impossible. We were crushed.

Then in Early 2009, a friend of mine called me to tell me about a woman she knew that adopted her children through foster care and that it didn't cost her a penny to do so. I didn't know much about foster care except for the fact that it was risky. I got the lady's number from my friend and talked with her for over an hour that night. The next day I called different foster care agencies and found out that a new foster parent class was starting the next week. This was a glimmer of hope that our dream/call to adoption was not dead. 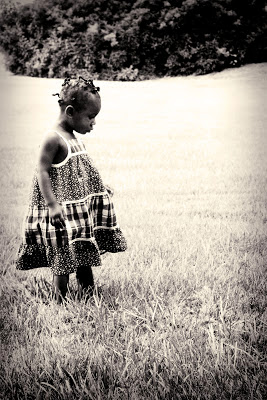 We finished our training in April 2009 and then once again we waited. Finally in June my phone rang and there was a little girl waiting for us in the NICU. She came home to us on June 9th. In some ways it was easier to finally have this precious flesh and blood little girl in my arms. To have a face to the dream. But in others a whole new level of difficulty arose. Weekly visitations with birth parents made us painfully aware that our hearts were in a place of vulnerability like never before.

I can remember the morning of August 10th very well. I was thinking how am I going to do this? It was too much risk. Too much was at stake. I asked God to give me strength that morning. I asked him for a wonder to confirm and help me endure what was before me. I am not kidding you, not even 10 minutes later my phone rang and it was DSS asking me if we would take in our Baby girls birth sister. I think my jaw literally dropped. I knew instantly that this was my second brown baby girl, that I had dreamed about. I told her I had to call and ask my husband. My heart pounded and my fingers fumbled as I quickly dialed his number and when I told him, he instantly without hesitation replied let's go get her.

From that moment on I knew we were on the right path. I didn't know how long it would take or even if it would end up as I was so desperately hoping that it would. God had confirmed it. He had given me my wonder.

It took three more years and many more tears after that day to get to adoption finalization. Whenever the road felt impossible to keep traveling God would remind me of that day and renew my strength to stay the course.

Thank you Father God that you do above and beyond what we could ever ask or think. You truly are the God of wonders.

Email ThisBlogThis!Share to TwitterShare to FacebookShare to Pinterest
Posted by Michelle at 11:21 AM 4 words of encouragement

Finally It's Over ~ The best is yet to come

I can not promise much lucidity in this post. I just got the call. Yep the one my heart has been aching to receive that Jubilee Hope is FINALLY FOREVER OURS!!!!! It is official and I am doing the ugly cry right now. Praise the Lord for his faithfulness. So thankful it came today, a day that I was feeling like I didn't have much left in me to keep waiting. It's over glory be to his name! My girls....His girls forever and ever ours!!!!! 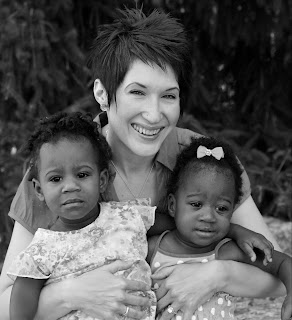 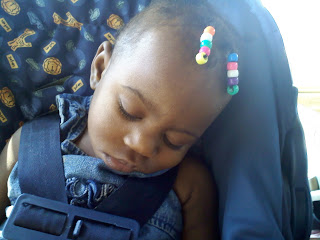 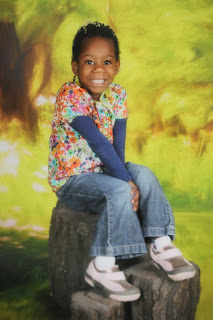 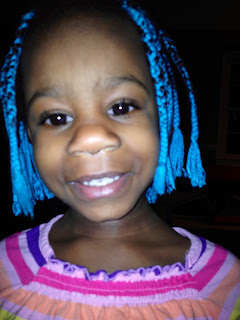 Feast your eyes on my little beauty and when my emotions settle a bit stay tuned for the post about her I have been just dying to write!!!

Email ThisBlogThis!Share to TwitterShare to FacebookShare to Pinterest
Posted by Michelle at 3:47 PM 6 words of encouragement

I wish I had some adoption finalization news for you, but I don't. It is starting to wear on me. I can't stop thinking that it should be done already. So hopefully soon. I am going to have to make some adjustments to Jubilee's adoption party outfit because it was more geared for summer weather. 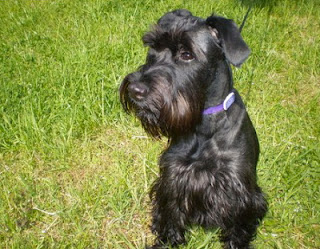 On another note, I wanted to share something sweet and simple with you today because if I just dwell on our judge and how I'd like to slap a knot on his head then I spiral to a bad place.

Over the weekend our family added a new furry family member to our crew. Her name is Marley and she is a standard schnauzer. She's so sweet, smart and good company. A great replacement, to fill our Buster's paw prints. She has been fitting right in and we grow more smitten with her each day.

Before I get to the smile part let me give you a little background. Since the girls started pre-school we have had a time getting them to stop sticking their tongues out at each other and others.

Yesterday morning as we were getting them dressed for school, Marley was nearby watching the process and panting quietly. Mercy in her best tattle tale voice said "Daaadddy Marwee is sticking her tongue out at Meeee." She then pointed her finger at her and told her that it was not nice.

Eric and I just cracked up. So I hope my simple smile moment causes the curves of your lips to lift also.

Email ThisBlogThis!Share to TwitterShare to FacebookShare to Pinterest
Posted by Michelle at 10:34 AM 0 words of encouragement