Im not really sure how to begin this post. I don't want anything to take away from the joy of our much awaited adoption finalization. 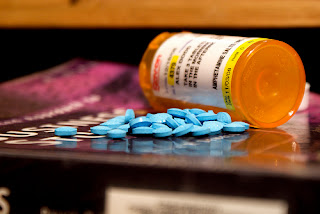 It was however a perplexing week with the girls last week. They seemed to be reverting to old behaviors at home and at school. I even got a note home from school that was very characteristic of the many notes I received home last year.

Their sleep patterns also were worse than the normal not sleeping through the night situations, where they were up several times a night. Including being very upset when they awoke.

Mercy even had a uncontrollable episode where she could not be calmed and so she was left in her bed to settle but instead she stripped her clothes off and urinated everywhere.

I contacted their developmental specialist thinking maybe we need to adjust their dosage but when I described what was happening she said she wish she knew if there was a history of mental illness in their birth family, because what I was describing was evidence of that, especially bipolar disorder. I then told her that I knew that their birth mother was in fact diagnosed bipolar, and she was then urgent about getting them off their current medication. She felt they were becoming manic.

Needless to say my heart sank. We began weening them off their meds over the weekend and working to getting them to a new baseline.

We are discouraged because of the initial success we were seeing in the girls. To say they were challenging this weekend is an understatement. It seemed impossible to hold still. Focus was fleeting at best and behavior was defiant. Impulse control was non existent.

This has come at us so unexpected. We thought we had found our answers but now are back at square one.
Would you pray for our family? That we would not lose hope. For wisdom for the doctors and us as parents to find just the right medications for our sweet chocolattes.

Email ThisBlogThis!Share to TwitterShare to FacebookShare to Pinterest
Posted by Michelle at 7:53 AM