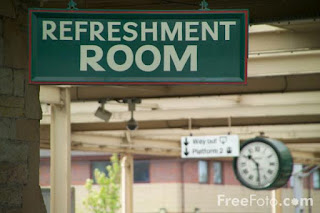 I say that to you this morning as I am literally experiencing such a beautiful sweet morning. The house is silent. All I hear is the clicking of the keyboard and the hum of my space heater. Can I tell you just how much I have missed being in this spot. Sitting in my office chair typing away on my blog.

Summer is here and life remains full and busy but I genuinely love summer time. Some things about this summer are different than any other summer we have shared together as a family. For one Elijah is driving. He is able to take himself to visit friends and even run errand trips to the store for us and I have to say that the more my heart gets used to it , just how nice it is to have another driver in the family. He's such a responsible trustworthy guy. I melt when I think about that kid.

We also did some changes around the house last weekend. We moved all the things out of my office to create a playroom for the girls. It's nice having our living room back and them having their own space.

Wednesday Mercy's new bed will be here and if you listen closely I bet you can almost hear me breathe a sigh of pure relief. God worked it all out for us and now everyone will rest more peacefully and safe.

Finally, I think the biggest change is the girls are in a new preschool this summer. I have to be open and honest here with the emotional struggle involved in getting them there. I had hoped because they are developmentally and cognitively delayed in all areas and also still speech delayed that for sure they would receive services with the public school system over the summer. It was explained to me though that the law is written in a way that services are available not because it is beneficial to the child but only if a gross decline would occur during the summer. I was told if they came back to school next year and had declined then it could be evaluated for services next summer. Am I the only one that thinks that is just absurd? I mean for the life of me I don't understand why they would not want to be proactive instead of reactive with their progress. I also know two other special needs moms who I think their children would have greatly benefitted from summer services and they also were denied.

So I began to pray and make a lot of phone calls to see if anyone would be willing to work with my girls during the summer. My options quickly diminished since both of my girls are not potty trained yet. I was able to visit three schools that said they would consider taking them. The first place was just awful. I literally left there in tears and could not even fathom leaving my girls there. My heart literally broke for the parents that that was their option. Then I visited two more places the next day and both were considerably improved from the first place. The last place however was recommended by one of our pastors and they spent an hour and a half with me listening to all my girls needs and issues. They agreed to do a trial to see how things would go. No false promises were made regarding meeting my girls needs. I just had such a good feeling after I left there. Worry and concern had been lifted off of my chest. Yesterday my sweet chocolattes had their first day there and both of them did really well.

I must admit I felt a weight of guilt initially as we considered pre school. I know they need the extra help but all of this is new to me. I never sent my boys to pre school. They were home with me until they went to kindergarten. Part of me wondered am I just tired? Am I a good mom if I put them in school and not keep them with me? The enemy is so nasty isn't he? He always tries to twist things. You know what yesterday was wonderful. My girls were in a safe, christian, educational, loving environment. They were getting help to help them catch up and our family also had some respite. I was able to have uninterrupted time with my boys, a uninterrupted workout, significant quiet time to read and pray. I was refreshed. I think we all were. I was so excited to see my sweet chocolattes at the end of their school day and you know what I think I am a better Mom because of it. I say all this because if you are the Mom of a special needs child or children it requires so much of you. I don't even know if I realized just how much I had been drained until I felt what it was like to have some time to charge. I felt human again and like I actually built up some reserve and had something to give. You know what, that is a really good feeling instead of feeling on empty all the time. It is my uttermost desire to be a good mother. So I am going to bask in this refreshment. I am going to kick guilt to the curb. I am going to enjoy being a good Mom again.

Email ThisBlogThis!Share to TwitterShare to FacebookShare to Pinterest
Posted by Michelle at 9:29 AM